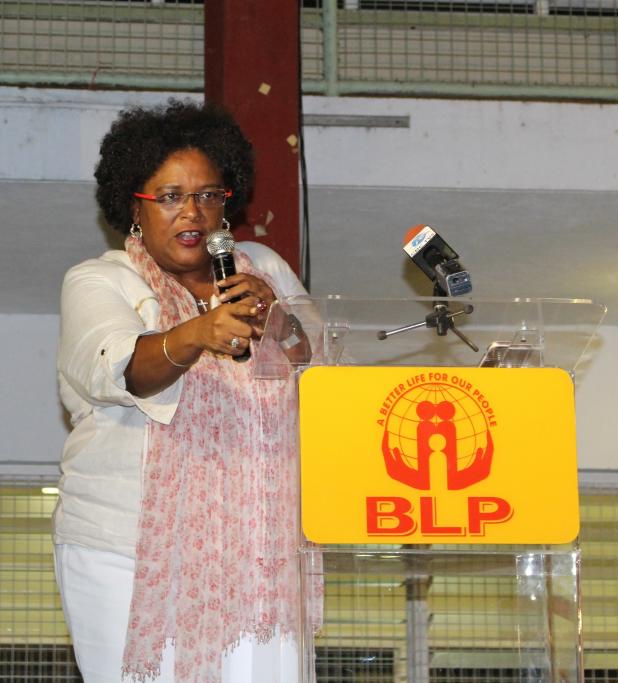 A few weeks ago, I asked a few questions about the state of the economy, but precious few answers have been forthcoming.

So as I was always taught, when all else fails, try and try again.

Sometimes we need to focus on what is in front of us. The hard facts about the realities of this island’s economic non-performance and turn away from the personality push which muddies the waters of actual hard economic evidence.

This island’s economy declined by 15 percent in the first half of 2020 and not a peep from the Minister of Finance. What we heard was a rousing of the Minister to address the issue of the restart of schools next month and a series of meetings which were held with teachers, and also the naming of a Special Envoy on Reparations and Economic Enfranchisement, so what do the Culture, Foreign Affairs and Empowerment Ministers in the Cabinet do? More Expenditure at the wrong time.

What have we have not heard is a defence of the island’s economic policies and the plans which are being put in place to tackle these issues. A declining economy is no joke or reason for economic officials to seek to use favourable media to effectively deliver optimistic news, which fails to address the apprehension and hardships that the public continues to face everyday.

What we heard instead was a release from the International Monetary Fund (IMF) related to its assessment of this island’s economic performance under its programme, which started in 2018.

A few points. Did anyone expect that release to say anything negative? The release as usual started with the position of the foreign reserves in early 2018 versus the state of these reserves now. Who was in charge then and now? One would have expected not to detect a certain tone from the IMF, but did anyone expect the IMF to state that its programme was not working? The 6% target was adjusted to 1%, so more ‘smoke and mirrors’.

Even as the reserves have climbed, propped up by substantial borrowing or ‘support’, the IMF has failed to acknowledged the social and economic hardships which have developed since March 2020, but instead states that this island has maintained excellent progress

Can you be anymore tone-deaf?  Look at the history of IMF Programmes and the myopic nature of these initiatives even as people suffer. Over 30 000 unemployment claims, more small and medium enterprises closing and yet the headlines are that Barbados is doing well. Businesses are closing, as this newspaper and others have shown, and there is uncertainty in the market and society, yet all while the Minister of Finance and Economic Affairs remains silent. Guess silence is not from only one party or leader alone!

So let me start with the questions:

1.  Tourism is our number one earning industry, yet we have not heard about the impact of the gradual return of passenger flights to the island. Where is the Minister of Tourism, especially in light of the critical nature of this industry?

2.  The Tourism Minister is duty bound to provide an update on the sector and how tourism players are coping with reduced incomes, the ongoing COVID-19 threat, since we are effectively importing positive cases. What is the outlook for the Winter season, which is two months away?

3.  Next up is the International Business sector, when last have we heard from the appointed Minister on any issue related to this sector?

4.  This aforementioned Minister was extremely vocal on this sector in Opposition, so what is the vision for the sector, as the world economy contracts in the pandemic period? When will this Minister rouse himself to address the public?

5.  What is the status of the FEED Programme? Much fanfare was given to its launch, yet we as usual, have heard nothing on its performance and the work of the Ministry in achieving its goal of food security? How is the agricultural sector coping in these times?

6.  To the Minister of Public Works, What is the update on the redevelopment of the Markets in Fairchild Street and the former site of the NIS Building? Taxpayers have a right to know.

7.  To the Minister of Water Resources, I applaud your forthright approach to tackling issues, but why not more detailed information on the loans which are financing these solutions. When were these loans secured and in the interest of being magnanimous, should it not be mentioned when these agreements were achieved?

8.  When will we hear an update on the South Coast sewage project? A new treatment plant was promised in 18 months, and this was a justification for the Sewerage tax? How much has the tax raised since it was implemented? Information is needed.

9.  The Ministry of Finance is duty bound to address the concerns of the public. How does Government intend to fill the shortfall in the economy caused by the decline in economic performance?

10.  What is the plan to address unemployment? A depressed economy where Government has been earning significant amounts from direct taxation, and prices are rising remains not a good scenario.

11.  To the Minister of Youth, did you think the public would overlook the fact that after years of the previous Opposition chiding the National Summer Camp programme, we see a modified one being implemented.

12 . What is the cost of the electric buses and what happens to the existing fleet of buses?

Let me stop there for now, more to come soon.