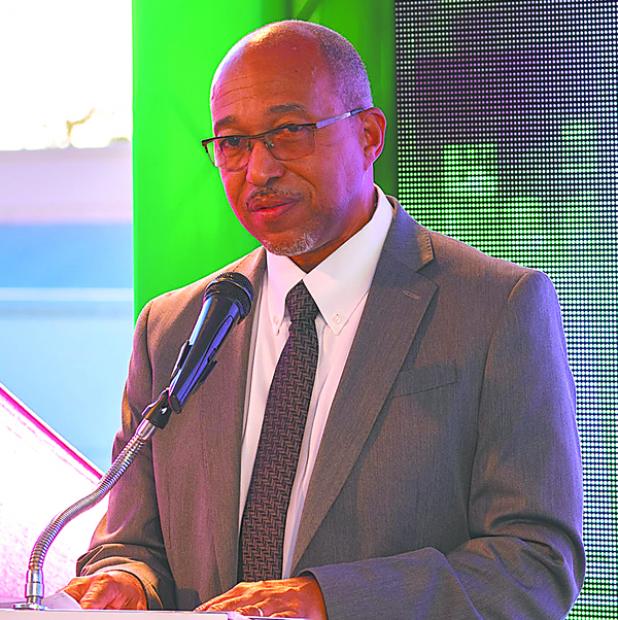 AS the City of Bridgetown (COB) Co-operative Credit Union Limited looks to launch a suite of merchant services, its President Adlai Stevenson said the organisation is hampered by some hiccups preventing it from doing more for members.

Stevenson wants a level playing field, so that the COB can drive economic diversification and contribute towards improving the local business climate.

“In seeking to respond to our members, we are hamstrung in some cases by challenges which we cannot resolve on our own,” Stevenson said. COB recently opened a branch at Six Roads, St. Philip.

COB is also very much involved in the move towards electronic payments platform. In this regard, Stevenson revealed that “we will shortly be launching our contact-less international debit card as well as a suite of merchant services. To ensure we can adequately sustain the demand for foreign exchange to support expected levels of overseas transactions, the programme is initially restricted to local transactions”.

However, they are exploring various options to meet the foreign transactions aspect of the initiative, and Stevenson said they are looking forward to working with regulators and the Central Bank of Barbados to ensure the objective is realised.

According to him, “This is important, given the need to ensure that payment card programmes offered by credit unions are competitive with those of commercial banks.”

Stating that the challenges relate to existing limitations on credit unions’ operations, Stevenson insisted that they are proving to be frustrating.

“They are hindering us from fully capitalising on market opportunities in support of future growth and business sustainability,” he argued.

“We are addressing these issues in concert with other credit unions at the level of our regulators,” he remarked, while hoping for a speedy resolution sooner than later.

The COB President maintained that if the credit union movement is to move to the next level of development in pursuit of attaining its true potential and at the same time contribute to more national development, there must be a level playing field.

He stated that they at COB are active participants in the National Payments Initiative, and although having only joined this year, they have met their target.

The President also reported that their debit facility will be augmented with a prepaid card programme. “Branded the One Union Card, it will be directed towards meeting the needs of small credit unions currently numbering 29. For them, the cost of each having a debit card programme would be prohibitive,” he added.