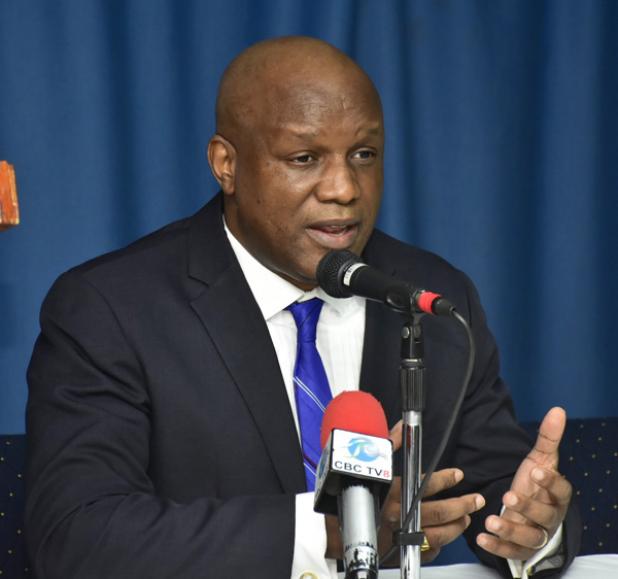 Chairman and CEO of the Caribbean Israel Finance (CIF), H.E. Ambassador Dr. Andre Thomas, made remarks at the launch of CIF, a multi-billion-dollar financing facility.

Yesterday marked the launch of Caribbean Israel Finance (CIF), a multi-billion-dollar financing facility focused on providing developmental financing for the nations of the Caribbean.

Caribbean Israel Finance is a subsidiary of Caribbean Israel Venture Services Inc. (CIVSI) and Chairman and CEO of the Group, H.E. Ambassador Dr. Andre Thomas, spoke about the impact of the new initiative and what it would mean for Caribbean societies. He made the point, during the launch at the Wisdom Centre, Roebuck Street, St. Michael, that the criteria of borrowing for developing countries hindered access to funding needed for social and economic development.

“Access to capital for developmental projects has been a significant limitation for Caribbean economies, hindering our growth and stifling the innovation and creativity of our people. Solving this problem and removing such limitations is the purpose of this company,” explained Dr. Thomas.

The US multi-billion-dollar project financing plan will be available for countries and entities who wish to push large-scale development projects in areas such as Agriculture, Energy, Housing, Mining, Debt Restructure, Water Technology and Infrastructure.

Dr. Thomas explained that on the website of the company, applicants would be able to see the criteria that would need to be met for entities to qualify for the financing, which does not include grants. The CEO also highlighted that projects were already in the works including a large agro-house initiative within the region. He stated that success was contagious and that all successful projects could be used as models for other entities who wish to take on similar strategies for development in the various sectors.

“It has long been my passion to make a significant contribution to nations in the Caribbean, Central America and Africa with a solution that can fund select projects that would add significant value to our societies by using innovative methods of project financing that does not add to the national debt ceiling. This is where Caribbean Israel Finance will hold its own,” said the CEO.

The chairman stated that the company had entered into joint venture partnerships with major global financing entities, which allowed them to tap into over three hundred banks and pension funds including AIG

and Merrill Lynch. This would provide financing using their (CIF) own guarantees, so it would not be added to the books of the nations. The CEO outlined that project financing could range from US$4-5 million up to US$100 million, but also up to US$1 billion would be available for very large projects which met the requirements. (AS)