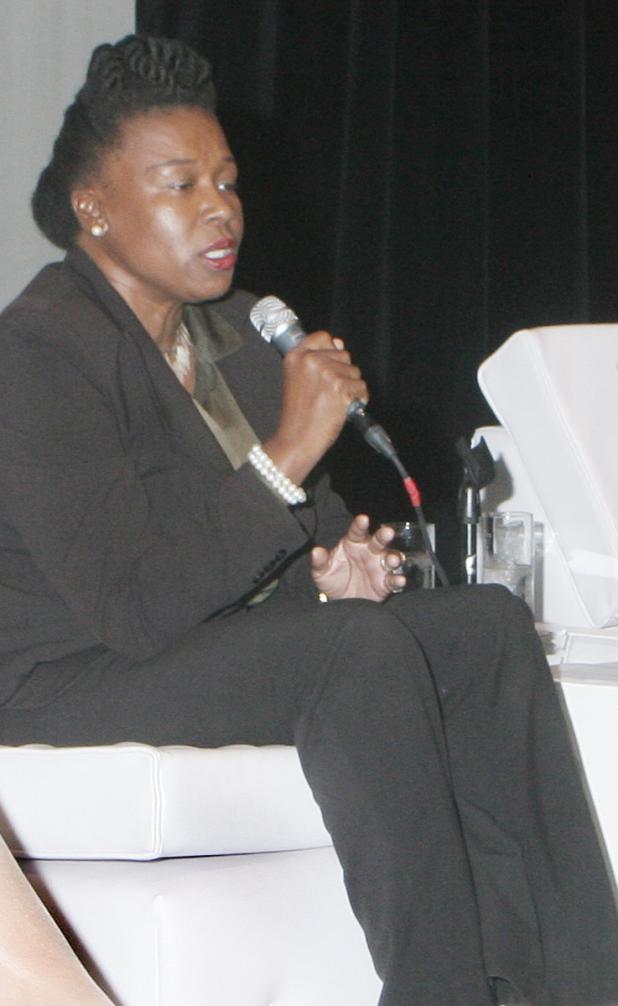 FORMER Government Minister, Ms. Lynette Eastmond wants to see a different approach by the Barbados private sector to the issue of the country negotiating trade agreements.

Ms. Eastmond, who is now a senior member of the United Progressive Party (UPP), said that while this country’s negotiators go out and negotiate trade agreements, these talks are not driven by the private sector.

Instead, she told a discussion at the Sagicor Cave Hill School of Business, that the large firms in Barbados seem interested only in buying and selling, noting that Barbados requires more than this.

“We go out to negotiate but those negotiations are not being driven by our private sector, unlike what happens in other countries including the United States,” said Ms. Eastmond, who served as a Minister in the previous Barbados Labour Party (BLP) administration headed by Owen Arthur.

She explained that when the United States, for example, negotiates trade agreements with China, South America or other countries, the hands of the American private sector are very much in those discussions and the positions which the US negotiators go after.

According to her, the trade agreements concluded are to benefit the US industries and other businesses. “But this is not so in Barbados and there has to be a change where this is concerned,” she advised.

The CARIFORUM European Union Economic Partnership Agreement (EPA) offers opportunities for Barbados and other regional countries to access EU markets for a wide range of goods and services.

However, evidence to date suggest that after more than 10 years of that EPA, only the Dominican Republic is registering tremendous benefits, whereas Barbados and the Caribbean remain at a standstill with their exports to Europe falling year after year.

Ms. Eastmond said that Barbados is in a peculiar situation where the country’s largest companies with considerable assets are not doing much, and the Government appears not to have a strategy on these matters.

“That is why the Dominican Republic has done so well,” Eastmond added.

The audience also heard that apart from the EPA, Barbados and the Caribbean have in place trade agreements with a number of countries including the same Dominican Republic, Cuba, Costa Rica and other places in Latin America, but these are not benefiting this country.