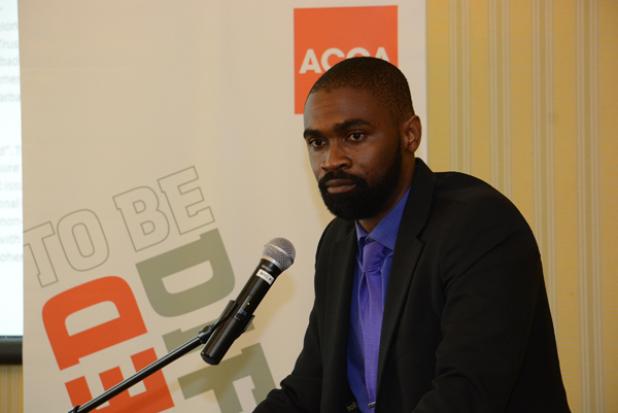 Mon, 05/02/2016 - 12:00am
PROSPECTIVE homeowners earning in the vicinity of $5 000 monthly should avoid going after the million dollar properties.
This is the advice of economist Jeremy Stephen, especially to first timers tapping into home and property markets.
Stephen, who is the President of the Barbados Economic Society (BES), indicated that while this year will be very encouraging for Barbadians in terms of higher disposable incomes, they should however be wary about risks down the road.
“So one should consider buying a home within your reach,” he told those attending a recently held function at the Lloyd Erskine Sandiford Conference Centre.
The BES President remarked that currently property prices in Barbados are depressed and that there seems to be a crunch among people with lots of real estate assets, leading to a number of properties being put up for sale. Furthermore, development projects are starting up again and that “leads me to suggest there is a lack of liquidity with those projects.
“That presents an opportunity for buyers and if you are good at negotiations, this is the best time to buy because there is this huge amount of enthusiasm occurring in the economy,” he stated, noting however that there are some headwind risks.
Savings for consumers
Stephen said that the prevailing low oil prices will see people continuing to “save at the pump” and if retailers hold their prices that will also mean more savings for consumers.
Government’s repealing  the Consolidation Tax will put additional dollars in people’s pockets, Stephen maintained. However, he reasoned that with the repealing of the Consolidation Tax, Government will be giving up revenue and will incur more debt to make up for the revenue shortfall. As such, it will be hoping to recoup revenues from the Value Added Tax through the anticipated increase in spending by consumers, although collections are still an issue.
Keep eye on visitor spend
Dealing with some risks going forward, Stephen said while the International Monetary Fund (IMF) is projecting a 2.1 per cent growth rate this year for Barbados, he does not believe it will be that high. He also pointed out that while Barbados benefited from a 15 per cent increase in long-stay visitor arrivals in 2015, spending by visitors increased by just 1.5 per cent.
“It means that each person (visitor) who came here spent less per person.
“I am not complaining, but this is something that policymakers must watch,” he suggested.
The BES official also drew attention to the link between visitors from the North Atlantic countries to Barbados and the investments they are making in the oil industry in the United States.
“A lot of pension funds and institutional investors, about 72 per cent of them, push their clients’ funds into fracking operations – the oil drilling process – in the USA with the
promise that oil will stay at US$100 a barrel. However, oil prices have fallen significantly and those with investments in the USA oil industry, many of whom come to Barbados, are getting lower returns or none at all. As such that will affect how much they spend on a vacation in Barbados,” he explained.