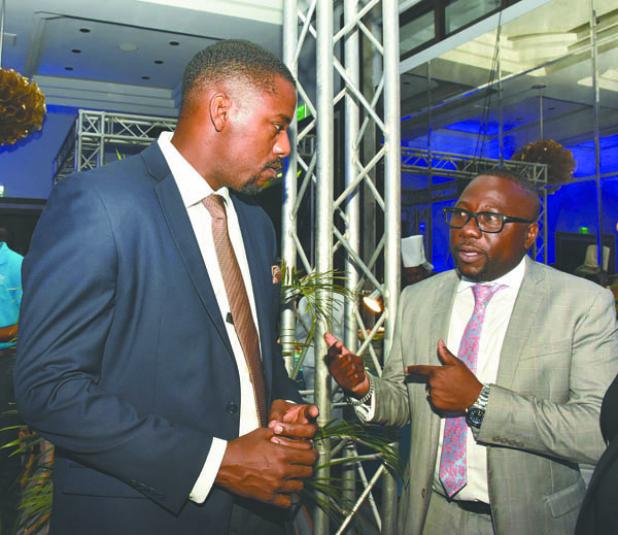 THE Barbados Government says it is engaged in the development of an alternative platform to CarIFS for the local credit union movement.

This commitment has been given by the Minister of Small Business, Entrepreneurship and Commerce, Dwight Sutherland, who promised to reveal more of this at a later stage.
Sutherland said that Government has a responsibility to ensure that there is financial inclusion at the national level, including the small and micro business sector.

He was at the time speaking at a function sponsored by Flow to announce a suite of initiatives to benefit the small business sector in Barbados.

“It is critical therefore that along with initiatives such as this, which gives the small and micro business sector additional capacity in the area of information and communications technology (ICT), that there continues to be access to a workable solution that will drive the sector in the area of payments,” Sutherland told the gathering at the Sandals Royal Complex.

He said that now is the opportune time for ICT to be involved in the development of small businesses in Barbados, as more and more apps are being made available for persons to use their mobile phones to pay for goods and services.

Just recently, the head of a local credit union said that commercial banks have indicated plans to use VISA as the switching agent, deeming the local CarIFS switch redundant.

As such, he said that credit unions are forced to accept the direction of the commercial banks and could be disenfranchised if they are not permitted to join VISA except through a sponsorship from VISA member commercial banks.

Collectively, the credit union subscriber base is estimated at 180 000, with 126 000 of these subscribers using CarIFS services. They account for about 20 per cent of CarIFS activity, which is reported to total 1.9 million transactions per year.

“Evidence has shown that economies of developing and developed countries have been transformed due in great measure to the incorporation of ITCs by the private sector, as well as the public sector into the operations of their organisations,” he noted.
浬