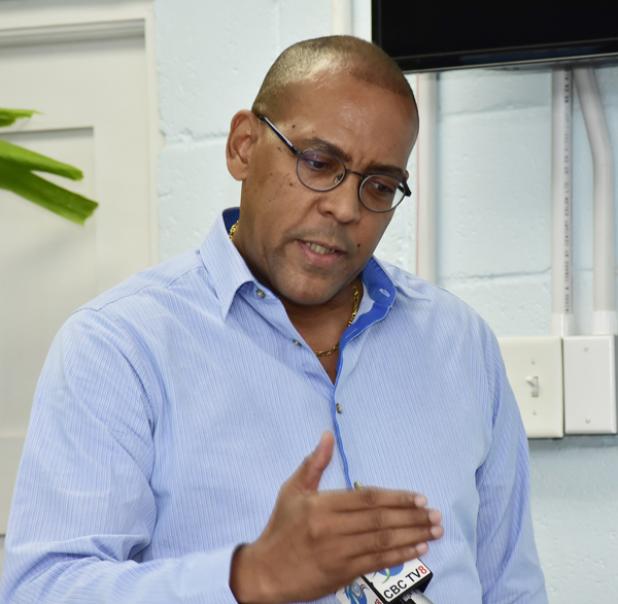 BUSINESS MONDAY – Banks on board with RE

The Barbados government has plans in place towards making the act of doing business easier, and as such has gotten the commitment of the banking sector to help support the push in the renewable energy industry.

Kerrie Symmonds, Minister of Energy, Small Business and Entrepreneurship explained that besides the infrastructure plans in place for renewable energy, the ministry also had to consider the commerce side of things.

“On the commerce side, we have to look at the regulatory environment and the ease of doing business and the way we facilitate business in Barbados, and that is going to be a very important part of the discussion on the way forward,” he said.

Symmonds explained that the effort of the government to marry traditional commerce with the renewable energy sector would not be possible without the financial institutions at the table.

“Having the banking community at the table, I think, was a very important step. We had a very useful interface with the banks, and I am happy to say that there has been firm commitment given by the banking association,” said Symmonds.

The minister publicly applauded the extent of the commitment expressed by  the CIBC FirstCaribbean International Bank, Republic Bank and First Citizens Bank, in partnering with the government to make easier access to photovoltaic systems available to Barbadians.

Besides the move for Barbados to become a beacon for renewable energy, Symmonds contended that it is also important to see the many business opportunities which are possible for Barbadians.

Symmonds stated that upscaled training is in the works and there is a need to reach into the communities where people are languishing as a result of unemployment, to give them a chance for a career change.

“It would be an opportunity not just to train, but pool people together as only the Ministry of Commerce can do in cooperative ventures. So that people who were previously powerless would now be empowered to be able to go into business together as a cooperative venture towards doing more training, installation, maintenance or any of the other derivatives that come out of this new sector,” said Symmonds.