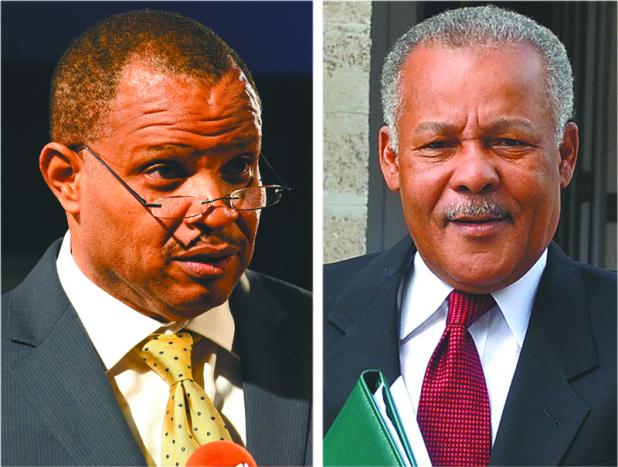 ALL HANDS ON DECK

After officially ghosting the public of Barbados since losing his St. Michael North-West seat in the 2018 general election, former Minister of Finance, Chris Sinckler, has been brought back to the minds of the public having been named as part of a special unit to be assembled by the government. During an address to the nation on Saturday night, Prime Minister Mia Amor Mottley revealed some of the developments decided on by the authorities as Barbados responds to the ongoing COVID-19 pandemic.

In the almost hour-long speech in which the 24-hour curfew was extended to May 3, Prime Minister Mottley stated that there will need to be a laser-like focus on jobs and investment when the island comes out of the stranglehold of the virus and that it can no longer be business as usual. Going on to say that we have to create a new normal, she added that the new normal will require new economic paradigms including a national industrial policy and new aspects of e-commerce and e-governance.

To this end, she announced that a Jobs and Investment Council is being assembled and would see former Prime Minister and Minister of Finance, Owen Arthur and former Minister Sinckler as part of the team.

“Suffice it to say that I am also agreed with Cabinet to establishing a Jobs and Investment Council that will help us with how we mobilise and capitalise all of the investments and to create all of the jobs that we possibly can, first in a COVID-19 environment and two, in a post-COVID-19 environment. And against that background, I’m happy to report that this will be a broad-based council reflecting of the social partnership as we have done from the very first day of office since we were elected. But equally, also including former Ministers of Finance because this island is simply too small and we need all hands on deck,” she said after stating that Former Prime Minister and Minister of Finance, Sir Lloyd Erskine Sandiford was unavailable.

With respect to the current status of finances, Prime Minister Mottley bemoaned the current situation, stating that ‘we have to take one step back in order to go forward three’, but said that she knew we would make it.

“I told you in parliament, one of the most difficult things for me to bear is that having got the country to the point where we have gotten it, we now have to go back to the starting line or even behind the starting line to run the race again. The good news is, this time when we are running we are a lot stronger to run. And as I speak to you, our reserves, even this week, in the midst of the difficulties, are at $1.56 billion and we expect to take in another $360 million Barbados from both the IMF and the IDB within the next four to six weeks which will at least mean that we are fighting this battle with near $2 billion in reserves. So we have the ability to draw down on those reserves to protect our people,” she said. (MP)