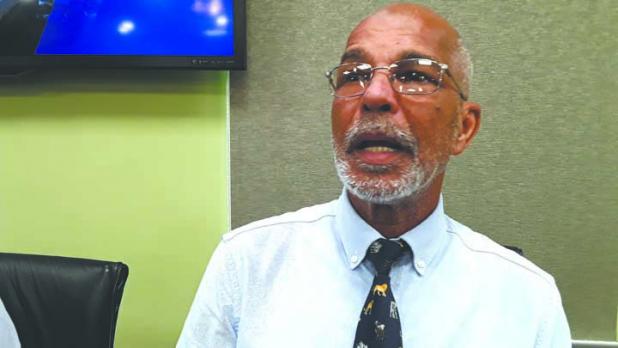 PUBLIC Private Partnerships (PPP) are perhaps the best way forward for Barbados and other Caribbean governments wanting to tackle the issue of infrastructure development at a time of scarce resources.

That is according to Brian Sammuel a Caribbean Development Bank (CDB) Specialist in that area, during an exclusive interview with the media.
He said that all the Caribbean islands have fiscal challenges and issues with funding of infrastructure investments. “So the whole point with the PPP environment is to select the private sector to become confident in investing in projects,” the CDB official declared.

Sammuel pointed out that Jamaica leads the way in the Caribbean in that area of embracing the private sector since that country has received over US$1.5 billion (Bds$3.0 billion) in investment which is backed or guaranteed by the state.

The projects include roads, airports, ports, and renewable energy among other others.

“So there is a lot of potential for this country (Barbados) and others in the entire Caribbean with the right policies and the right technical assistance to do these investments,” said Mr. Sammuel.

He explained that the structure of these PPPs projects some of them lasting between 20 years and 40 years can be very complicated. “You need to have a lot of technical input, these projects cost a lot of money to undertake and to do them right and to get value for money. So I think the potential is huge. Moving here to Barbados I know the Government has taken a decision to get private sector investment into the (Grantley Adams International) Airport,” he remarked.

“I know also they have done a very good thing to ask the IFC (International Finance Corporation) which is very helpful in assisting governments to structure these PPP deals in the right way,” said Sammuel, himself a former IFC employee.

The IFC is the private sector arm of the Inter-American Development Bank (IDB). The Barbados government is looking to get private sector investments into the GAIA to build air bridges, and to extend the terminal.

“So the IFC is on the case, I attended their investor conference a couple of months ago,” he noted.

However, Sammuel maintained that governments need to understand it is a different way of project development which calls for detailed studies, a significant amount of homework and involves technical consultants who know what they are doing.

“This is what the CDB is trying to get across,” he added.