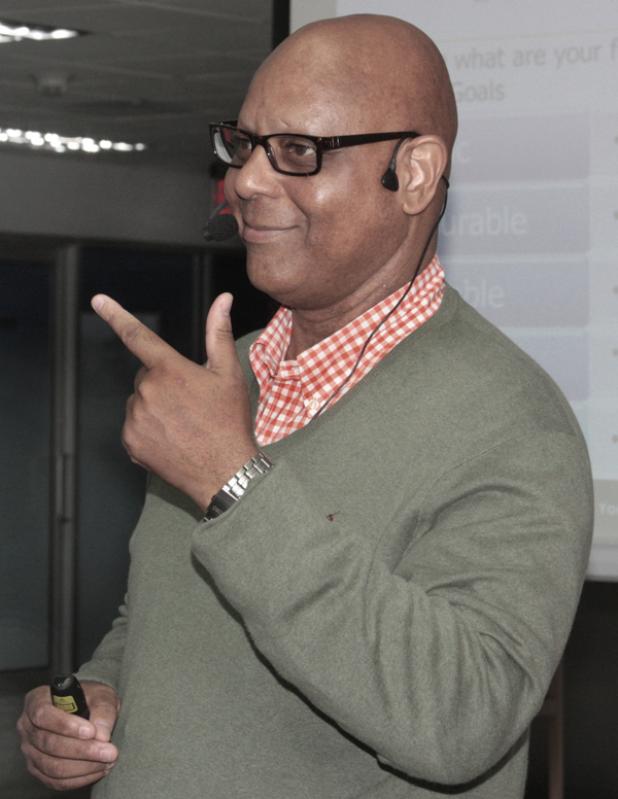 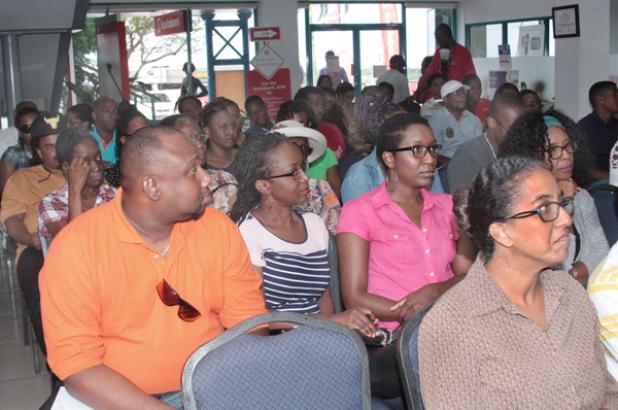 Some of those gathered for the seminar.

TAKE CHARGE OF YOUR FINANCES

Tue, 01/31/2017 - 12:00am
THE best thing you can do for your children is show them how best to manage their finances.
This was just some of the advice Chief Executive Officer of Dowell’s Advisory Services, Oral Dowell, had for those gathered at the Scotiabank branch, in Haggatt Hall recently for a seminar on financial freedom.
“We have to teach them life lessons to be self-sufficient, to manage on their own,” he said, highlighting the proverb of “give a man a fish, feed him for the day, but teach a man to fish and you feed him for a lifetime”.
Dowell outlined that financial freedom is most commonly defined as the point in which assets like stocks, bonds and real estate produce enough income to cover expenses.
As audience members identified their views of financial freedom as not having to live from paycheque to paycheque, paying off their mortgage, being debt free and having the ability to possess what they wanted, he said that there were several steps to be taken to get there, especially that of transitioning one’s attitude.
He said it was necessary first to identify one’s struggle, establishing where one was financially and assessing the situation, then acquiring the knowledge on how to attain one’s goal through speaking to a financial advisor and then having the commitment to get there.
According to him, financial goals must be SMART – Specific, Measurable, Attainable, Realistic and Timely, noting that many persons often had brilliant ideas and plans, but failed to implement them.
Dowell also advised those paying off a mortgage, that there was a system that would allow them to pay this off quicker by making several smaller payments during the month rather than one lump sum.
“Say your monthly payment is $3 000. You can pay $1 000 one week, another the next week and then the other all within the same month and you will see the difference. Just call and talk to your financial advisors at the bank, because they know the dates,” he stated. (JMB)