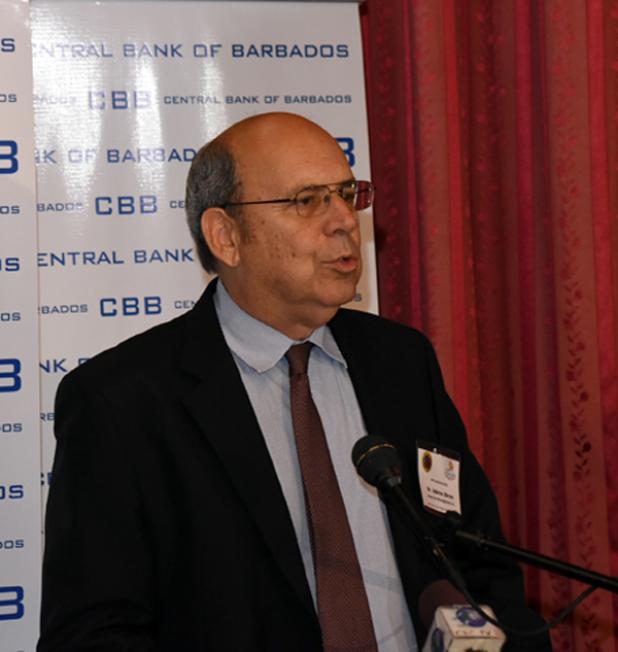 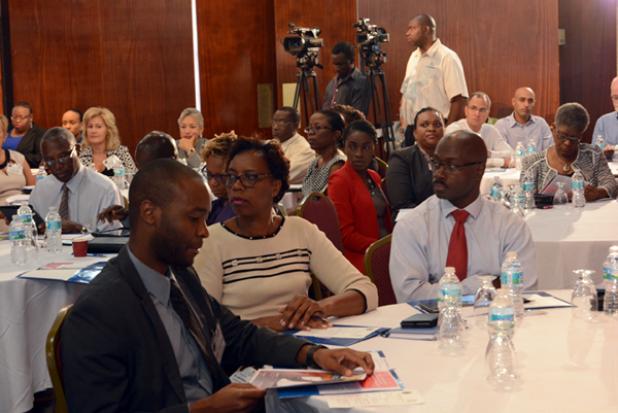 ALTHOUGH Barbados has received a higher ranking in terms of doing business, the Head of the Barbados International Business Association (BIBA) Andrew Alleyne wants to see improved business facilitation in the country.

Alleyne revealed yesterday that the island is now ranked seventh  by the TMF Group’s Benchmark Complexity Index, having been ranked 22nd in 2014. Within the Americas Barbados is ranked No. 4.

The Index ranks a total of 95 countries around the world and is based on the relative ease of doing business.

Improved business facilitation along with issues relating to the withdrawal of correspondent banking services from the Caribbean were highlighted by Alleyne in his address to the opening of the 2016 International Business and Financial Services Conference at the Grande Salle.

He reasoned that “unlike correspondent banking business facilitation is an issue within Barbados’ collective power to improve or fix it”.

Alleyne maintained that the ease of doing business is critical for the International Business and Financial Services Sector to grow.

“We must continue to find ways of improving efficiencies in the public and private sectors to enhance the attractiveness of Barbados as a jurisdiction to conduct business,” he is therefore hoping that during the session a workable plan of action can be found.

On the subject of correspondent banking services, Alleyne said withdrawal of those services are already creating problems for the region.

He charged that the Caribbean has been unfairly branded as high risk and as a result some of the Corresponding banks have started to withdraw their relations with from this region.

Pointing first of all to Belize Alleyne said that larger banks have started to sever their relations with banks in that Caribbean Community country. He said that arising from that has been the closure of several indigenous banks.

“Closer to home an Antiguan Bank known as CUB recently lost its corresponding banking support when Bank of America terminated its relationship,” said the BIBA President.

He noted further that in Jamaica, Barclays has advised the Jamaica National Bank it will be terminating its relationship come April 1.

“In some instances the decision to withdraw corresponding banking services is based on low business volumes or low revenues,” he remarked.

However, Alleyne said that the focus on the Caribbean is not based on an objective assessment of the region’s risk.

Rather, he explained that it reflects a lack of understanding of the region by risk managers who are largely unfamiliar with the Caribbean’s high regulatory and compliance standards which in many instances exceed those of the G12 countries. (JB)